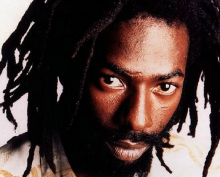 TAMPA, Fla. (AP) — A Florida juror who voted to convict Jamaican reggae singer Buju Banton on drug charges has denied improperly researching the case during trial, despite a weekly newspaper’s report that quoted her as saying that she did.

Banton is serving a 10-year prison sentence for his convictions on cocaine conspiracy and trafficking charges stemming from a 2009 arrest. The Grammy winner faces an additional five years for his conviction on a related gun possession charge, but his resentencing hearing was postponed to investigate the report of juror misconduct.

Banton’s attorneys have filed a motion in Tampa federal court seeking a new trial. If granted, it would be the second mistrial for Banton, whose first trial in 2010 ended with jurors deadlocked. He was convicted in 2011 in his second trial.

Jurors were told during the trial not to do any independent research into the case. Terri Wright, a juror from Banton’s 2011 trial, was quoted in a Miami New Times report as saying that she researched parts of the case even though the judge had ordered jurors not to.

“I would get in the car, just write my notes down so I could remember, and I would come home and do the research,” Wright was quoted as saying.

New Times reporter Chris Sweeney testified Thursday that he interviewed several jurors. Sweeney also provided the court with a recording of his interview with Wright.

Wright testified that she sent Sweeney a text message after seeing his story, saying there had been “a huge misunderstanding with (Sweeney’s) questions.” Wright’s text message also read, “I did not violate the judge’s instructions with this case. I did my research AFTER the case was over and the verdict was given, NOT during the case. . I trusted you and now feel totally betrayed.”

Wright testified that she only researched Banton’s music and the federal Pinkerton rule, which involves liability among conspirators for the actions of other conspirators.

There was no proof that Banton possessed a gun or was aware that a co-defendant did, but because of the Pinkerton rule, Banton was convicted of a weapons offense. Moody tossed the gun charge, but an appeals court reversed that decision.

Wright said she told Sweeney that she had been a juror seven times before serving on Banton’s case, but she did not volunteer that information to prosecutors or Banton’s attorneys “because that wasn’t a question” during jury selection.

Moody called a sampling of three other jurors to ask if they remembered hearing other jury members talk about doing outside research. Two testified that had not heard anything, but one said she recalled a white female juror saying she had researched the Pinkerton law. Wright is black.

Assistant U.S. Attorney James Preston said Banton’s defense had not met the legal requirement for a mistrial by showing that the jury was exposed to outside evidence that posed a reasonable possibility of prejudice to the defendant.

Banton is popular in his native Jamaica and won a Grammy for his last album before his drug conviction.