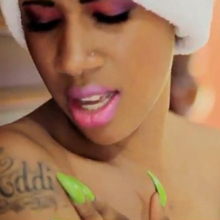 “Everyone is releasing statements re Portmore Empire, some truthful than others so I think its time to release mine. In a statement released by Popcaan (which I doubt was written by him considering how grammatically correct it was) is nothing but lies in an attempt at keeping the support of Gaza fans, and by Gaza, I mean Kartel because he is Gaza.

Firstly, before his arrest, Kartel did bookings for Popcaan which was handled by Calvin Haye and Andre Henry, not by the Worldboss himself, as we all know he staff to do these things. As Kartel was arrested, Popi immediately diverted his bookings way from Moonie and Pimpin who were not arrested as yet, to other people, although the boss had invested time and money for which he has not been recompensed. Secondly, when the boss was arrested he was held at a small jail where anyone could have visited. I know because I did. Popi didn’t visit because a certain producer told him to “stay far from Kartel, him nah see back road.” Thirdly, in his statement, Popcaan said that he and Kartel spoke through letters. I see the Boss in court regularly so I know that’s a lie. The only thing Teacha say when I ask if Popi link him is “Me nuh wah see him. Yuh nuh see how him a move. Me wish him the best.”
I just want to say to Popcaan:
1. Stop the lies. You and I know that Worldboss nuh want nothing from you cause dem man deh full a pride, an him pay all a we lawyer fee.
2. The reverse psychology that you’re using to try look decent, a Kartel teach you that. So don’t try use it on his fans, because I was there when the white man asked you if you were going to visit Kartel and you said “Why me haffi go?”
Lastly, stop send out statement bout ‘bare badness backa dat.” Maybe a people you a try impress but, sigh, me haffi laugh. That’s all I am going to say. This is my only statement on the Portmore Empire.
– Vawnessa Saddler aka Gaza Slim.”