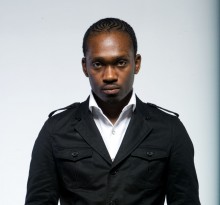 One of Jamaican music’s most renowned artist-manager partnerships has dissolved as prominent Dancehall/Reggae singer, Busy Signal and long-time manager/producer, Shane Brown have split.

The decision comes six years after they initialized their business relationship and just four months after Busy, whose birth name is Glendale Goshia Gordon was released from a Minnesota state prison in the United States after serving a six month term for absconding bail. The Reggae Music Again singer made the decision to break up their partnership as he seeks more control over his career.

Busy told the Jamaica STAR on Monday, “I ain’t getting no younger. I just want things to be done differently, doing things myself, just more control over the career ya now, where it’s at and where it’s going . No more management, so we basically part ways and do what we have to. Personally, mi just want control my life and career, that’s just being ambitious if you ask me.”

However, he is insistent that he and Brown, who he has known since 2007, are still on positive personal terms.

“Me and my family sat down and talk it through – I spoke to Shane and we went through it, and we decided to take it to the public; so from now whoever ago book shows fi me books shows fi mi, me and Shane still good,” he said. “ A just my decision, no hard feelings, no preements, just look at it as me rolling out my entrepreneurial side.”

Reports are that the entertainer’s brothers will assume management duties while Brown’s Juke Boxx Jamaica imprint will only do his bookings.

When first informed of the decision, Brown told the STAR he was surprised, but harbors no ill will towards his ex-client.

“The news was shocking to me. However, at the end of the day, a man is still a man and a man has a right to decide his own destiny,” he said. “I spoke to him an hour ago. We will speak tomorrow, and the day after that as well.”

The partner between the two men was largely successful as Busy landed several shows across Europe and Africa during their partnership while combining on several singles as well as the singjay’s last album, Reggae Music Again. They also joined forces for a flurry of Dancehall singles since Busy’s release from prison, including Come Shock Out, Bad Up Who and Beg U Likkle Piece.