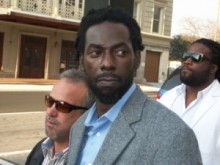 Imprisoned reggae superstar Buju Banton has signaled that he intends to continue his legal fight to overturn a 2011 drug conviction.

An official at the United States Middle District Court of Florida told The Gleaner this morning that Buju has appealed the latest ruling handed down by Judge James Moody last month.

In his ruling on June 26, Moody tossed the Grammy-winning entertainer’s gun conviction, but allowed the two drug-related charged and 10-year prison sentence to stand.

The court official said on July 4, Buju Banton, whose real name is Mark Myrie, instructed his attorneys to file another appeal.

“The case is on appeal,” the official said.

“That’s up to the 11th Circuit Court,” the official said in reference to a possible date for the appeal.

However, the official revealed that on July 24 his attorneys, Chokwe Lumumba and Imhotep Alkebu-Lan, filed a motion to withdraw from the case.

Lumumba is now the Mayor of Jackson, Mississippi.

Buju was arrested during US Drug Enforcement Agency sting operation after police claimed he tried to buy cocaine from an undercover officer.

His trial ended with a mistrial but in June 2011 the entertainer was convicted and sentenced to 10 years in prison for conspiracy to possess with the intent to distribute cocaine and using a telephone to facilitate a drug trafficking offense.

In his first appeal, the 11th Circuit of the US Appeal Court refused to throw out the conviction and re-instated the firearm conviction.