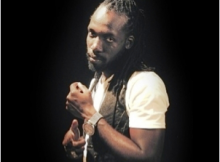 Mavado has been given the green light to enter Barbados.

Two years ago, Vado was barred after talks that the entertainer’s lyrics had a negative influence on the youth.

The controversy also resulted in the cancellation of a show and the imposition of the ban.

Mavado is expected to arrive in Barbados on December 14.

According to Vado’s manager, Jullian Jones-Griffith, the promoter staging the upcoming event has been granted the necessary approval for Mavado to perform in Barbados.

Mavado is currently in St. Lucia for a performance.